Ten of the most stunning places to go Bird Watching in the U.S.! 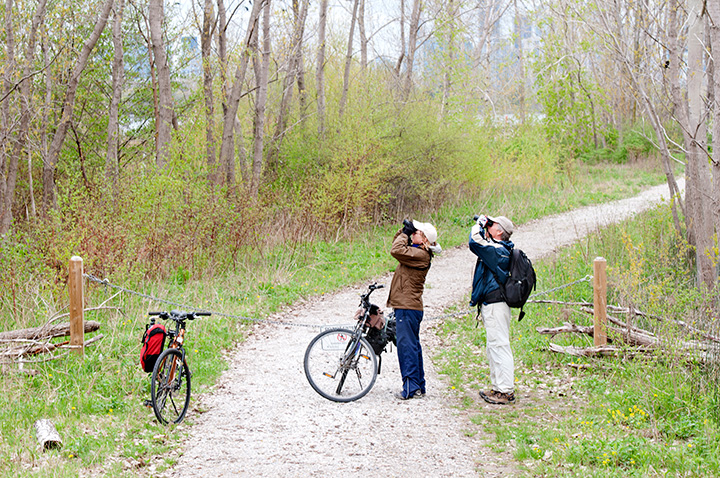 Hard core birders are said to always have a bag packed and be ready to leave on a moment's notice should they be alerted to a sighting of a bird still to be crossed off their life list. Like hiking, skiing, fly-fishing and other outdoor sports that take you away from the city and deep into the woods, birders are often treated to amazing views of more than just the tail of a fleeting finch.

The organization most people associate with birds and birding is the National Audubon Society whose mission is to protect birds and their habitat and also advance the benefits of environmental conservation. Trail along with us as we scout out some of the best places to find birds and commune with nature.

People, like birds, often head south for the winter and the destination many flock to is Florida. The southern clime banishes the winter blues for all species in numerous locations around the state, like Dry Tortuga, Padre Island and Big Cypress National Forest. Take U.S. Route 41 for a driving tour through Big Cypress National Forest where you are guaranteed to see Egrets and other shore birds along the canal that lines the route. For a short walk, head to the Everglades to stretch your legs and to see the wildlife surrounding the Anhinga Trail. The Anhinga is a self-guided walking trail through a marsh where you can spy Herons, Egrets, Cormorants, Purple Gallinules and nesting Anhingas. Oh, and according to the National Park Service, you may see Alligators.

When you think of Cape May, New Jersey, colorful Victorian homes and B&Bs spring to mind, but what you might not know is Cape May is considered a top spot for birding in North America, especially for raptors. Check in at New Jersey Audubon's Cape May Bird Observatory where they can tell you about their migration monitoring projects or plan a trip to their spring and fall festivals. Download a map or checklist before you get there or hire a guide to help in the hunt.

Acadia National Park is overrun with birds! That's because it has plenty of places for them to congregate with easy access to food and water, like on Mount Desert Island. Several areas around the park are prime for bird watching; try the Precipice for nesting peregrine falcons, take the Carriage Roads to "spot a feeding flock of songbirds" or head to Eagle Lake or Bubble Pond. In the summer, plan a trip during the Acadia Birding Festival (June 2-5, 2016) and make time for HawkWatch on North Ridge Trail.

California is a place of natural beauty where "in a single day you can witness the high peaks of the Santa Lucia Mountains, luminous at dawn, under the wings of a California Condor and by afternoon enjoy the spectacle of Blue Whales lunge-feeding on krill beneath teeming flocks of Black-footed Albatross and Ashy Storm-Petrels." One of the best places to see a variety of species of birds is The Monterey Bay Audubon. Their field trips are led by volunteers and open to all, mostly during the spring and fall migration. If you visit in the fall, the Monterey Birding Festival in nearby Watsonville, California is scheduled for September 23-25, 2016.

The warm, dry climate of Arizona attracts vacationers, pensioners, ballplayers and birders. One of the best spots for birders is Cave Creek Canyon in the Chiricahua Mountains. Listen for the call of the Whippoorwill nestled in the desert scrub and be on the lookout for Owls, Tanagers and rare Hummingbirds. The Friends of Cave Creek Canyon recognize the "rich diversity of wildlife," including excellent year-round birding with "many interesting birds from south of the border" and invite you to join them in celebrating the estimated "370 species, including summertime visits from 12 species of hummingbirds" that can be found exploring the Chiricahua Mountains.

Birds have an instinct for where the best places to hang out are. For birds in the west, it's the Bosque del Apache National Wildlife Refuge in New Mexico. The refuge has three wilderness areas that are protected and managed to "provide food and homes for some of America's most spectacular wildlife." The staff at the refuge create wetlands to mimic natural flooding cycles that produce the "habitats that year-round and migratory wildlife need to thrive." Geese, Sandhill Cranes, Curve-billed and Crissal Thrashers can all be found feeding along the flooded plains or hiding in the thicket.

Some of the best habitats for birds in the United States can be found in our national parks and none quite so dramatic as in Alaska where millions of shorebirds and waterfowl move through the Copper River Delta during the spring migration. Denali National Park and Preserve in Alaska is another place to witness an intact ecosystem with a diversity of wildlife that includes "39 documented species of mammal, 169 species of birds, 14 species of fish and one species of amphibian!" The Denali refuge is "six million acres of wild land, bisected by one ribbon of road" that takes travelers from the "relatively low-elevation taiga forest to the high alpine tundra and snowy mountains in view of North America's tallest peak." Bring your binoculars, your snowshoes and your dog sled and team because conditions are not always ideal for vehicles, but pedestrian skiing and mushing is permitted.

Marshes and wetlands offer a rich environment for birds laying down roots or just passing through. In Kansas, the place to stop is Cheyenne Bottoms, which is the largest inland marsh in the United States and a prime habitat for shorebirds and waterfowl. Drive through for a passive viewing of American Avocets and Long-billed Dowitchers or get out for a closer look at the Herons and Mallards that live in the wetlands. Take a tour of the Cheyenne Bottoms Wildlife area and spend some time among the exhibits at the Kansas Wetlands Education Center to learn the story of the Cheyenne Bottoms from "it's ancient geological formation to the management challenges of the future."

If bigger is better, then Texas is one of the best states to see migrating birds, especially at the Santa Ana National Wildlife Refuge, which is rated one of the best spots by birders. Use the ebird trail tracker on their website to see the latest count, (like 12 Blue-winged Teals, and 30 Northern Shovelers). The refuge is "positioned along an east-west and north-south juncture of two major migratory routes" and is also "at the northern-most point for many species whose range extends south into Central and South America." Hike, hop on an open-air tram or join a guided nature walk to "see birds and butterflies not found anywhere else beyond deep South Texas."

In Maryland, the Assateague and Chincoteague islands are rich with beauty and history as well as wild horses! The islands attract tourists in the summer and birders in the winter who come to see Gulls and Bald Eagles. From Mid-April to Mid-May you can glimpse the songbirds and waterfowl amongst the dunes and marshes and listen for warblers in the woods. Assateague's shoreline is visited by more than 300 species of migratory and residents birds among them a variety of Terns, Egrets, and Sandpipers. Bring your camera, binoculars and bug spray as black flies can be a problem from spring through autumn.